There are a variety of definitions but I’ll explain with solo entrepreneurs in mind. It’s your plan for converting prospects into different levels of sales. With a sales funnel, your least expensive offering is typically at the top of the funnel. And it’s typically your freebie offer. Lots of prospects show up there. It’s the wide end of the funnel. It’s called a sales funnel because the wide part is where you attract most prospects.

As your prospects get to know you, your products and your services better, a smaller portion of them end up further down the funnel with interest in a more expensive offering. Then a smaller percentage go further down to your most expensive offering. The best software to build your sales funnel is by far the Clickfunnels, and you can learn more about Clickfunnels and Clickfunnels pricing from reviews sites and their official site.

Why is it important

If you only have one or two things to sell, you give your prospect an either/or option and that’s far less attractive (and less lucrative I might add), than having several options to choose from. Here’s a key fact: Believe it or not, there’s always someone who wants your most expensive offering. It’s usually a smaller percentage of people than those who want your less expensive offering but those people are out there. 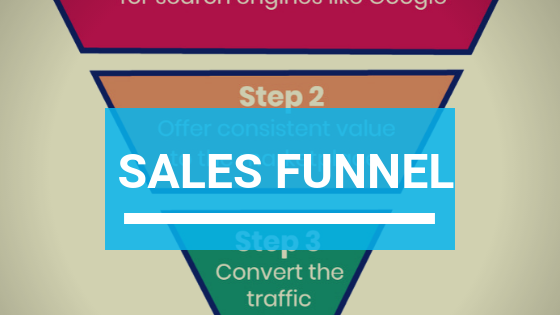 Typically, your prospects start at the free to very low cost offering; which is why I highly recommend you create a freebie. As prospects get to know you, your business, your products, your services, they become interested in other things you offer. They may buy something for under $50, then return for something around $100, and later spend $400, then come back for something at $1000 or $2000 (or higher).

And remember, there’s always someone who wants the high end offering – the very best option you have. I can identify with that because I’m that person. Whenever I find a great mentor or coach, I go for the top offering – often paying $10K, $20K or more. I want the very best from the best and I’m willing to pay for it. There are always people like that in your industry. So create a high-end offering and have it ready and waiting.

A sales funnel works when you have strategically set up systems, processes, and programs that turn prospects into paying clients and introduces clients higher valued options to match their growing or more in-depth needs.