Fonts are a complete character set of a part of typefaces available in desktop publishing software such as Microsoft word or star office and are used to write in different styles. Fonts can be broadly classified into two categories which are serif and sans serif.

Serif fonts can be identified by the ‘tag’ or ‘tail’ attached to words. For a clearer idea, the popular font ‘times New Roman’ is an example of a serif font. Serif fonts generally appear more formal and are easier to read. Some popular serif fonts are Algerian and Baskerville Old face. 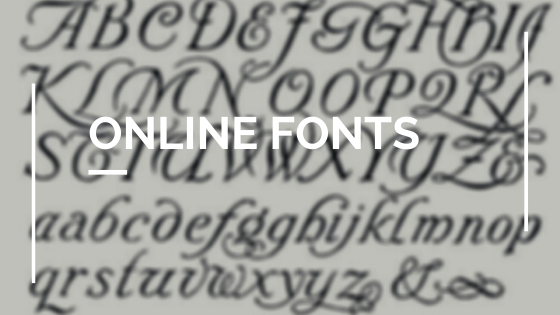 Sans Serif fonts are characterized by their lack of serifs. They are generally typefaces used to highlight headings and to guide the eyes to an intended direction. Gothic fonts were actually used to represent these types of fonts before the term sans serif was coined. Some popular sans serif fonts are Arial, Century gothic and Berlin Sans FB. There are other personalized fonts such as the cursed fonts which you can try out using any cursed text generator online.

Fonts are characterized by their font weight and character width. Usually the widths are thin, normal and bold. Naturally it varies from font to font which is why some fonts appear bolder than others even in normal mode. The character width as implied by the name gives the width of a particular. There are usually a maximum of ten different fonts in a typeface.