Latin has traditionally been accepted as the scholarly language of the Western world, and for good reason. Some of the finest studies that propelled Europe into the Renaissance were the scholarly texts from the ancient Romans who spoke Latin. In fact, it can almost be argued that the majority of the western world’s knowledge came from Latin.

Therefore, it is unsurprising for many Latin phrases to trickle down to even our society and became an integral part of our very own language. Some of the Latin phrases that you may use everyday and not even notice include “et cetera”, “e.g.”, and “rigor mortis”. Medical and legal terminology is based entirely in Latin. And sixty percent of English, which is a Germanic language, has its roots in Latin. Thus, in our daily lives speaking English, there are many who opt to seem more scholarly and thus seek English to Latin translations for simple phrases.

Often time, professionals receive requests from universities who want to change their motto from English to Latin. An indeed, if you look at the number of university with Latin phrases as their motto and take into account of the difficulty of Latin, it becomes simply mind boggling how someone can master a skill as difficult as writing English to Latin translation. 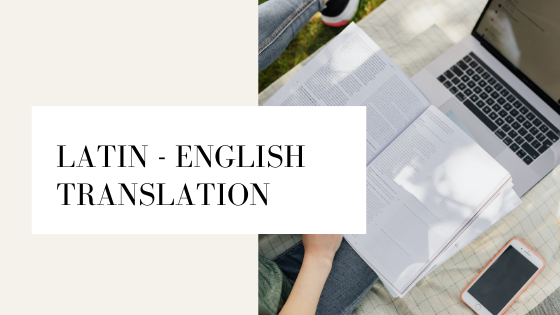